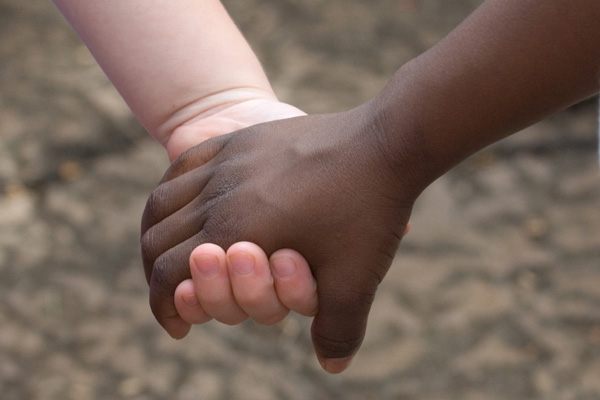 “I have a dream that my four little children will one day live in a nation where they will not be judged by the color of their skin, but by the content of their character.” – Martin Luther King, Jr.

ALL men are created equal.

On August 28, 1963, Martin Luther King Jr. gave his immortal speech about his dream of equality for all people in America. He believed in a world that would celebrate and embrace people for how they look on the inside, rather than just the outside. His legacy is remembered to this very day, inspiring millions of people everywhere to respect the truth that skin color does NOT define a person’s character.

While our nation has made tremendous progress in achieving King’s ideal dream, there are still more than a few holes that need to be patched up in the philosophy of equality. Let’s look at a few points of truth that need to be cleared up before we can find his dream, the true meaning of equality:

First of all, the concept of equality is not two-dimensional. It has many different facets that contribute to its definition, just like the many different people groups who make up our world. If we can establish the fact that equality is for everybody, not just for black and white people, then we will make great strides in achieving harmony and peace for all mankind.

Now, before this post gets misinterpreted, allow me to define the word equality:

1.
the state or quality of being equal; correspondence in quantity, degree, value, rank, or ability:
promoting equality of opportunity in the workplace.

That is the internet dictionary’s definition, but here is my own personal definition:

Equality is the condition where every person is recognized as a unique individual, worthy of receiving certain unalienable rights such as respect, freedom of speech, freedom of religion, freedom of career choice and opportunity, and freedom of will.

In other words, I agree with the moral philosophy of America’s Founding Fathers, as stated in the Declaration of Independence:

“We hold these truths to be self-evident, that all men are created equal, that they are endowed by their Creator with certain unalienable Rights, that among these are Life, Liberty and the pursuit of Happiness.”

Now that we’ve taken a look at what the word equality really means, let’s examine why it is so important. In the past, there have been many misconceptions about equality, leading to some extremely tragic historical events. Without getting into too much detail about these past sorrows, it is fair to say that much of past social injustices was caused by one little word, which brings me to my next point.

The word “race” was an idea formed by Charles Darwin when he wrote his book called, On The Origin of Species. Instead of accepting biblical truths, he turned to his own imagination to produce a false explanation of the different people groups that populate the world. Unless you agree with his theory about evolution, there is absolutely no need to include the word “race” in one’s vocabulary, at least in the context of attributing it to different cultures of people. We are all descended from two people: Adam and Eve, the first human beings to live on this planet. When God created them, they possessed a genetic code filled with endless possible combinations! It wasn’t until after the global Flood in Genesis chapter 5 that people’s DNA began to change due to the extreme climate changes. Our ancestral bloodline traces all the way back to the Garden of Eden, where our very first parents lived. We are all brothers and sisters born into a huge extended family! This is what the Bible has to say about this topic:

Acts 17:26 ~ “And hath made of one blood all nations of men for to dwell on all the face of the earth, and hath determined the times before appointed, and the bounds of their habitation;”

The fact is, there is only ONE race – the human race.

Every single person who has ever existed is an eternal soul created by an all-powerful, loving God, designed specially by His hands. God cares about all people, since he made all of us in His divine image. We are all already equal in that aspect alone, yet there is still another reason why we are all equal in God’s eyes. Here is the reason why:

Unfortunately, we are all born with an inherent sinful nature because of our very first parents, Adam and Eve, another proof that we all come from the same extended family. However, the story did not end there; God saw our helpless condition and provided us a way to be rescued from it, through the sacrifice of His perfect, Holy Son, Jesus. Because Jesus came to this earth as the Son of Man, He gave His blood for the redemption of all mankind, giving us yet another reason to see all men as equal. God the Father loved us so much that He wanted to adopt us all into His Heavenly family for all eternity, restored into divine union and fellowship with His holy presence. It does not matter to God one bit what we look like, or where we come from; His salvation is a free gift given to all men:

Colossians 3:11 ~ “Where there is neither Greek nor Jew, circumcision nor uncircumcision, Barbarian, Scythian, bond nor free: but Christ is all, and in all.“

In the perfect world of Heaven, there is only one existential distinction – the Creator and His creations.

Let’s make the dream of equality a reality!

In conclusion, I hope that these three points have helped improve our understanding of the true meaning of equality. Now that we have patched up the holes in our society’s definition of equality using God’s Word as biblical proof, we can fully accept one another as a special creation of God who is loved unconditionally by Him. As Christians, it is our responsibility to share the gospel with those who haven’t yet heard the good news around the world, so that we can reclaim our lost brothers and sisters into the family of Heaven. Also, it is our duty to show love and kindness to everyone around us, no matter what culture or ethnicity they come from, so we can be a shining example of God’s love to them. If we can prove faithful in these two things, sharing the good news of God’s love and showing it to people, then we will be successful in finding Martin Luther King Jr.’s dream become a reality in the world around us.